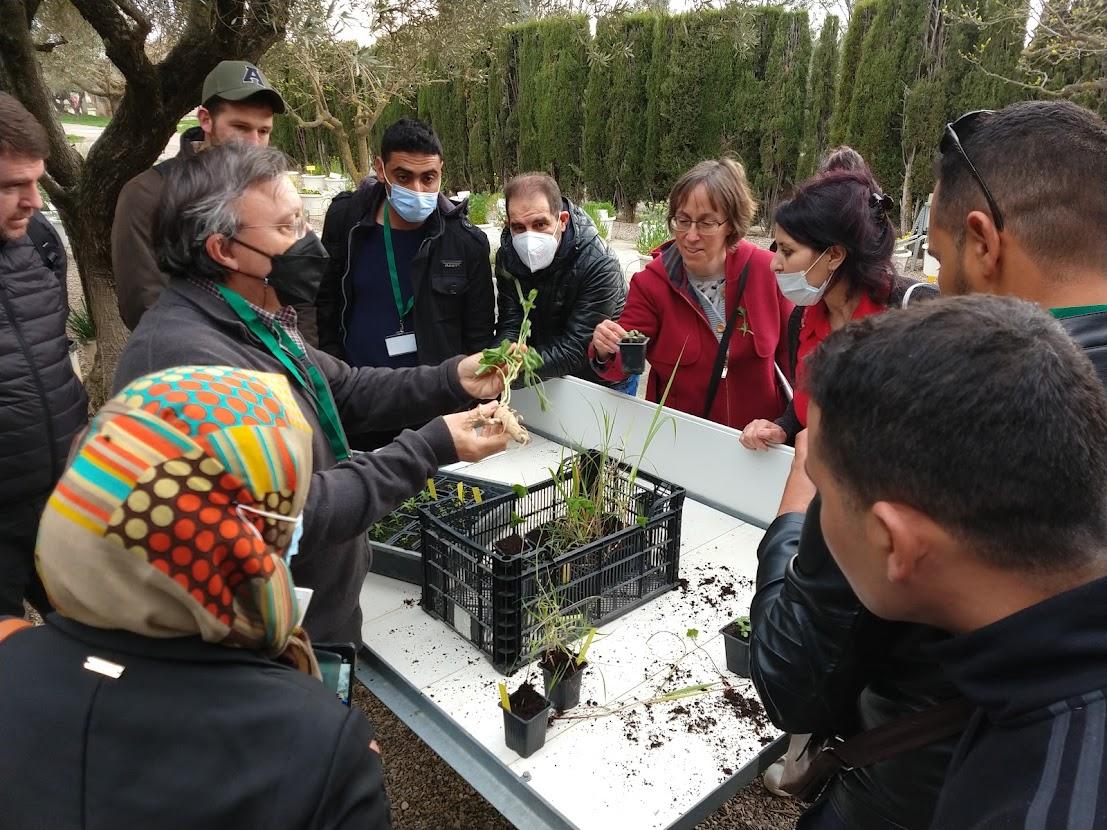 The course was co-organized by ICARDA, CITA, the Spanish Weed Science Society and the EWRS. In the past, similar courses had been organized by CIHEAM, but the previous course was already held about 10 years ago. 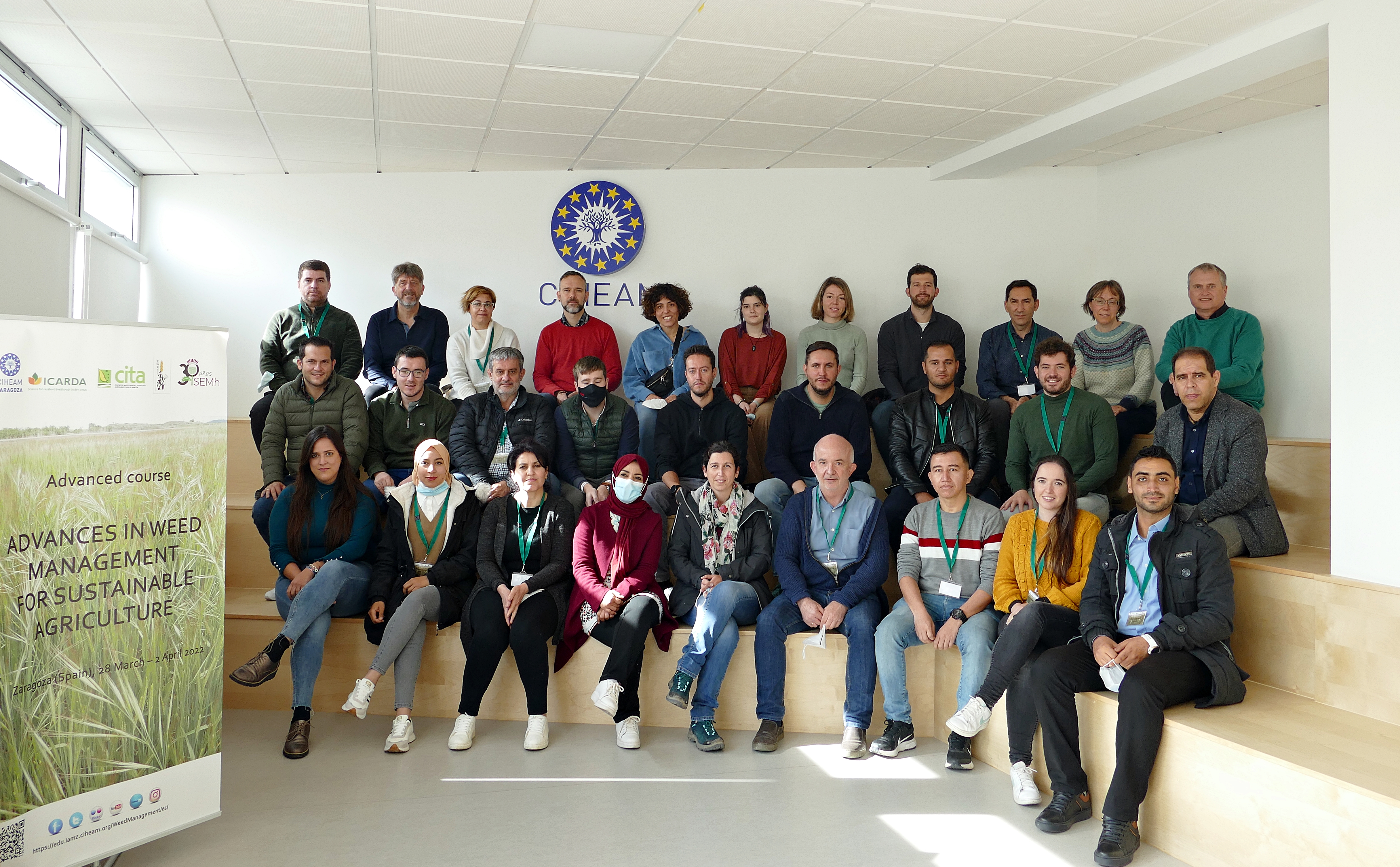 Alicia Cirujeda (CITA) and Joaquin Aibar (University of Zaragoza) were the ones who stirred the fire and were stimulated to do so by Carlos Zaragoza. Realizing the importance of weeds and the new developments in integrated weed management that tackle agronomic issues while taking into consideration environmental concerns, CIHEAM agreed to set up a new course. A total number of 95 candidates applied for admission to this course, showing the great interest. Following the capacity of the lecture rooms, a total of 24 young professionals from 7 countries, both from private and public organizations, ultimately participated in the course. The fifteen lecturers, with most of them members of the EWRS, were from Spain (majority), Italy, Denmark and the Netherlands.

The course provided a broad overview of the current trends in weed management as for instance influenced by EU-policy. Both the tendency to derive new approaches based on agroecological principles and the utilization of precision technology for minimization of herbicide use were widely covered. The participants actively joined in the lectures by asking questions and bringing up topics for debate.

On Tuesday, the day was ended with a visit to the weed garden. This garden was initiated long time ago, as an initiative of Carlos Zaragoza and is currently maintained by Alicia and her colleagues at CITA in their spare time. In this garden over 200 weed species are maintained. The change of venue created the proper atmosphere for informal exchanges and sharing of experiences. On Saturday, an excursion was organized to the surroundings of Zaragoza. Next to arable farm fields, some orchards were visited as well as the well-known castle 'de Loarre'. Most of the participants joined the excursion. 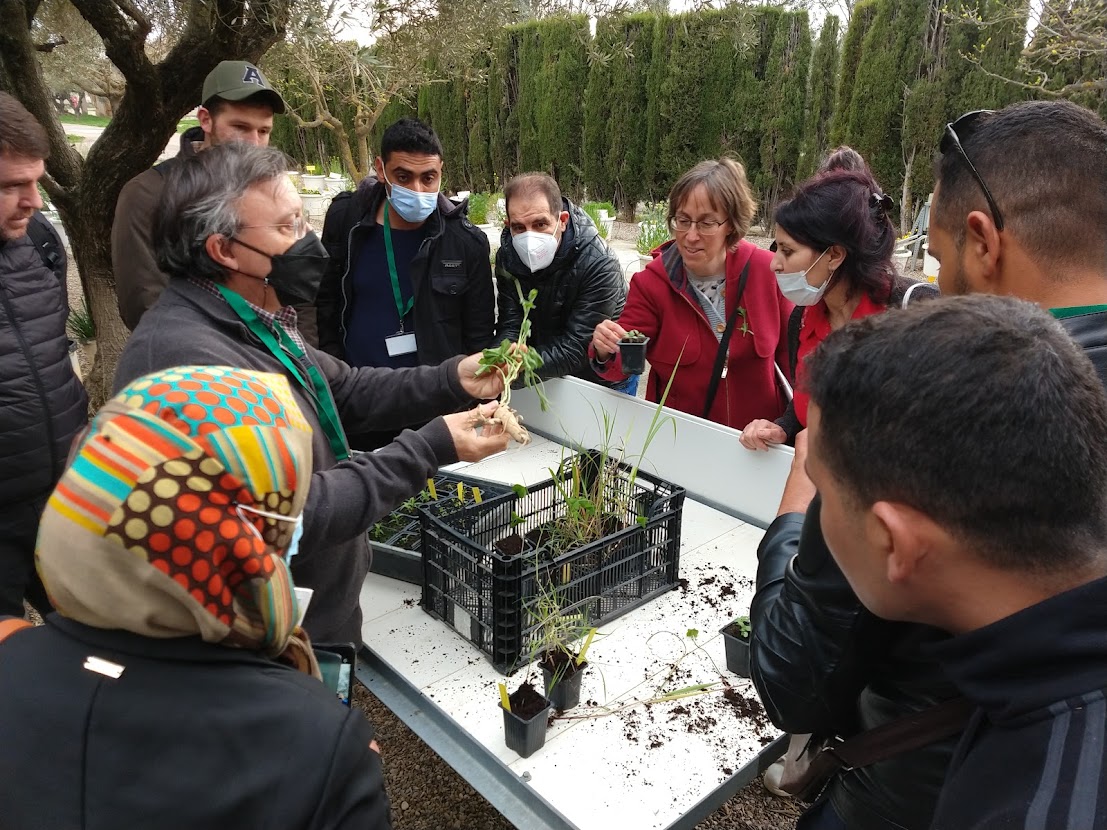 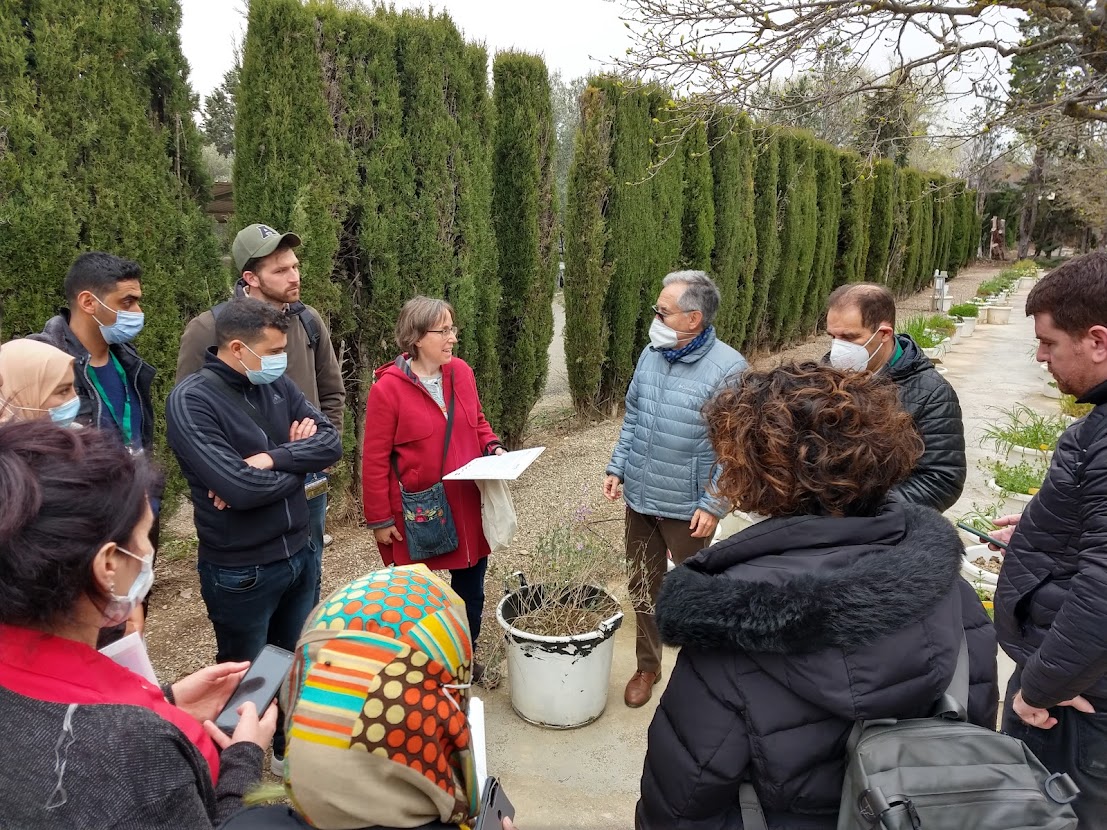 Picture 2: Joaquin and Alicia explaining some species characteristics during the visit to the Weed garden

Picture 3: Explanation of the history of the Weed Garden by Carlos Zaragoza, accompanied by Alicia and Ramzi

Five of the participants received a travel grant of the EWRS. They greatly appreciated this financial support and mentioned that without this it would be nearly impossible for them to take part in such events. The lecturers also perceived the course as a valuable activity and addition to the existing educational activities of the EWRS-Working group Education and Training. On behalf of the EWRS, I would like to thank the local initiators and organizers Alicia Cirujeda, Joaquin Aibar and Ramzi Belkhodja (CIHEAM) for turning this event into such a great success. 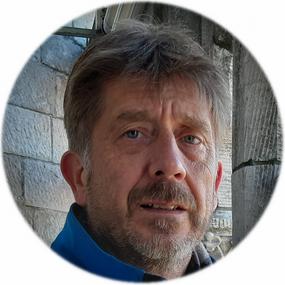 We would like to welcome you as a contributing author for the EWRS blog. Please contact the Communication Officer, Camilla Moonen. She can give you writing access to the blog. After that, you can start writing articles for the blog, from the 'My Account page'. More information can be found on the "How to use the Blog page".